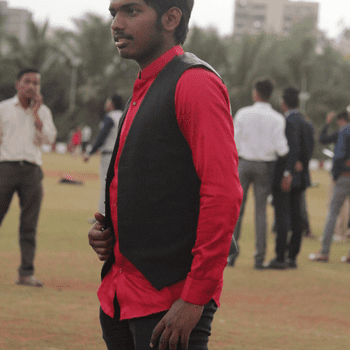 Pursuing chemical engineering from mgmcet in Mumbai.working as math and science teacher part time in various classes. Love to play football and chess.

Do you have questions for Vikas R Gupta?

Top cloud platforms that you can use to effectively manage the IT needs of your organization.

Amazon Web Services (AWS) is a subsidiary of Amazon (a leading company in eCommerce). Under the umbrella term of AWS, Amazon provides on-demand cloud computing platforms like storage, data analysis, etc. With a whopping 35% market share, Amazon lends its services to individuals, companies, and governments. Amazon Web Services allow their subscribers to enjoy a full-fledged virtual cluster of computers, at any time, based on their requirements. The entire service is enabled through the internet.Among all the cloud service providers Amazon is considered is the most powerful and flexible solution. AWS’s virtual cloud platform comes with most of the attributes of an actual computer including hardware (CPU(s) & GPU(s) for processing, hard-disk/SSD for storage & local/RAM for memory); an operating system to choose from and pre-loaded apps like web servers, databases, CRM, etc.

Google offers its public cloud computing solutions with the name of Google Cloud Platform, or GCP. It offers services in all major spheres including compute, networking, storage, machine learning (ML) and the internet of things (IoT). It also includes tools for cloud management, security, and development. The Google Cloud Storage is a highly dynamic storage solution that supports both SQL (Cloud SQL) and NoSQL (Cloud Datastore) database storage.

The Google Compute Engine (Infrastructure as a Service, or IaaS) provides users with virtual machine instances for workload hosting. The Google App Engine (Platform as a Service, or PaaS) offers software developers access to Google’s on-demand hosting and a software development kit (SDK) to develop applications that run on app engine. All these services can be accessed using a public internet or via dedicated networks.

Google Cloud Platform or GCP is the home of Kubernetes. Kubernetes was developed by Google in 2014 as open source. Google Kubernetes Engine or GKE provides users with a managed environment for the deployment, management, and scaling of containerized applications with the help of Google infrastructure.

Microsoft Azure (formerly Windows Azure) is the cloud computing service from Microsoft. Enabled primarily through Microsoft-managed data centers, this service proves to be a reliable solution, especially for Microsoft evangelists. Like the above solutions, it supports the development, test, deployment, and management of applications and services. For web development, it offers support for PHP, ASP.net, and Node.js.

The Windows Azure is used to deploy code on Microsoft’s servers. This code holds access to local storage resources (blobs, queues, and tables). While the SQL Azure it is not a full SQL Server instance it can be integrated with SQL Server. The security features like authentication, security, etc. are supported using Azure AppFabric that allows applications within your LAN to communicate with Azure cloud. Overall it is a complete package that supports development, management as well security of applications.

DigitalOcean is an American cloud hosting company that launched its first server in 2011. The small start-up from New York City, New York has come a long way since 2011 with a customer base of more than half a million developers.

DigitalOcean has pushed the idea of using a Solid State Drive (SSD) to create a developer-friendly platform that allows DO customers transfer projects and increase production easily and efficiently. DO’s enterprise customers can easily leverage the benefits of scale by executing projects across multiple platforms without worrying about performance.

IBM Bluemix is the cloud computing solution from IBM that comes with the platform (PaaS) as well as infrastructure as a service (IaaS) offerings. With Bluemix IaaS, users can deploy and access virtualized compute power, storage and networking using the internet. The IBM service offerings can be used as a public, private or hybrid model whichever suits an organization’s need.

The IBM Bluemix PaaS is based on an open source cloud platform – Cloud Foundry. IBM services can be used by developers to create, manage, run and deploy scalable applications for both public cloud and on-premises environments. The programming languages that are supported by IBM Bluemix include Java, Node.js, PHP, and Python. The solution can even be extended to support other languages.

Alibaba Cloud is the cloud initiative of the Chinese eCommerce giant – Alibaba Group. The Alibaba services dominate the Chinese market and have roots all across the globe with headquarters in Hangzhou, China. It was established in 2009, just three years after the incorporation of Amazon Web Services. Being in the same business as Amazon it is often considered the toughest competitor of AWS.

The various entities available in python are called Python identifiers. Components such as functions, classes and objects are identified using the same.

There are certain sets of the rule that we need to follow in order to write an identifier:

The examples above are valid identifiers.

Liked by Mallikarjun Dhavan and 4 others

The study of natural language processing generally started in the 1950, by Alan Turing. he wrote a paper describing a test for a “thinking” machine. He stated that if a machine could be part of a conversation through the use of a teleprinter, and it imitated a human so completely there were no noticeable differences, then the machine could be considered capable of thinking.

Natural Language Processing (NLP) is an aspect of artificial ineligence that helps computers understand, interpret, and utilize human languages. NLP allows computers to communicate with people, using a human language. Natural Language Processing also provides computers with the ability to read text, hear speech, and interpret it. NLP draws from several disciplines, including computational linguistics and computer science, as it attempts to close the gap between human and computer communications.

A microelectronic pill is basically a multichannel sensor based device that contain sensor or tiny cameras to collect information and data inside the body, as they travel through the digestive system for 1-2 days. after that it is excreted from body.

In 1972 scientists discovered electronic capsule, which is short lifetime and less sensetive. To overcome these problem prof. jon cooper and Dr. Erik Johanessen from glassgow Universtity, U.K has lead to develop a modern microelectronic pill.

Pill is swallowed by the patient like a normal conventional pill. it measures the body temperature, takes images inside body. also identifies local changes associated with body tissue like ulcers, cancer cells etc. and send the information to wireless recorder. Which collect the data and messure the exect problem facing by paitent. And where is the main part of that problem.

Liked by Yasodakrishna and 3 others

Those who have problem in downloading with sir provided drive links, you can use these drive link which is clone by one of the student.
Win 2016 :-
https://drive.google.com/file/d/1F7Qpd3SM87Fg03gSSUx_VSa_gLNmT_ZM/view?usp=sharing

Liked by Suryansh Shrivastava and 1 other

The first languages were complicated affairs of strings of ones and zeroes,or cryptic code words and numbers.And then in 1954, all that changed.A language was invented that was much more like a human language.It was called FORTRAN.Its purpose was to make programming easier, especially for solving numerical problems.Since then, hundreds of such languages have been developed.And in the 1970s, a new wave of them began.The most successful of these were C, C++, Java, and C#.And they're still heavily used languages.

They're used especially for writing very large programs, by which I mean programs with hundreds of thousands or millions of statements in them.These programs are the "shrinkwrapped"products used by non-programmers, things like word processors, spreadsheets, web browsers, games,operating systems, and the like.In the midst of this new wave, another language appeared called MATLAB.

MATLAB's purpose was to make programming easier, especially for solving numerical problems.But you may have noticed that was exactly the purpose of FORTRAN.But MATLAB is far easier to program than FORTRAN. it sprang from the mind of one person, an expert in FORTRAN, by the way, named Cleve Moler.

Professor Moler was teaching students at the University of New Mexico to solve numerical problems with FORTRAN. And they were spending way too much trouble struggling with the language.So, he invented MATLAB.And it soon became so popular that Moler teamed up with an engineer outside.academics named Jack Little to form a company to make it available to the world.They named the company the MathWorks. It was formed in California in 1984 and it had one product, MATLAB.Well, that company is alive and well today in Natick, Massachusetts 3,000 miles from California.And today, it has 100 products, all based on MATLAB, and over 1 million users worldwide.And it's taught in 5,000 universities.

MATLAB is clearly having a big impact on the world.In 2012, the Institute of Electrical and Electronic Engineers recognized that impact by giving Dr. Moler its Computer Pioneer Award.They give this award out once a year.and they named it for improving the quality of mathematical software,making it more accessible, an d creating MATLAB.Computer programming with MATLAB is our effort to add to the impact of Moler's creation by using it to make computer programming more accessible.