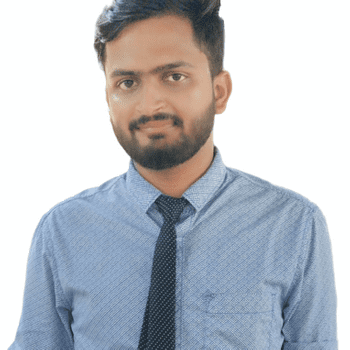 Do you have questions for Nishant Anand?

Log in to ask Nishant Anand questions publicly or anonymously.

Q1. - What is your understanding of blockchain?

Ans = Blockchain is a system of recording information in a way
that makes it difficult or impossible to change, hack, or
cheat the system.A blockchain is essentially a digital ledger
of transactions that are duplicated and distributed across the
the entire network of computer systems on the blockchain.

Q2. - What is the core problem, blockchain trying to solve?

Q3. - What are the few features of the Blockchain that you will mention?

Ans:- The following are the Few Features of the Blockchain:
1. Data that Blockchain contains has transparency.
2. No hacking is possible
3. Blockchain i is a form of immutable data
4. The data is unchangeable
5. It's a tamper-proof type of network.
6. It's a highly secured form of network.
7. Due to the non-involvement of Middlemen, it reduces Cost.

Q4. - What does a block contain?
Ans-A blockchain, originally blockchain, is a growing list of records, called blocks, that are linked using cryptography.
Each block contains a cryptographic hash of the previous block, a timestamp, and transaction data (generally represented as a Merkle tree).

Q5. - How is the verifiability of blockchain is been attained?

Ans-Verification in the blockchain is a consensus mechanism based process.
Since blockchain acts as a decentralized ledger with multiple nodes in the network, the transaction must be verified by all nodes. ...
The transactions in a blockchain are referred to by their hash.