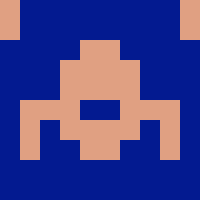 Do you have questions for GAYATHRI KANNAN?

Log in to ask GAYATHRI KANNAN questions publicly or anonymously.

GAYATHRI KANNAN
Posted 9 months ago
MY ASSIGNMENT 1
WHAT IS YOUR UNDERSTANDING OF BLOCKCHAIN?
Blockchain is a technology which has been evolved mainly in the banking sectors to overcome some issues which many of the banking sectors have been facing before. It makes use of 2 concepts (i-e) distributed systems and cryptography.
• Cryptography was started from 1900BC
o It is like a one-way encryption (i-e) every data will have their own fingerprint or id so that all data’s will be having a chain of connections with each other.
• Distributed database was started from 1970s
o It is the process of storing same data in different places. So that even the data gets corrupted, it can be brought from another place.
WHAT IS THE CORE PROBLEM THAT THE BLOCKCHAIN TRYING TO RESOLVE?
• Authenticity
• Security
• We need a powerful third party to trust
In order to eradicate all these problems, Blockchain evolved.
WHAT ARE THE FEW FEATURES THAT BLOCKCHAIN WILL GIVE YOU?
• No Hacking
• Huge Security Boost
• Verifiable
• Data Transparency
• Decentralized
These are the basic features that we can find in blockchain technology.
WHAT ALL THINGS DOES A BLOCK CONTAINS?
A Block contains 3 things
1. Block Number
2. Transaction records
3. Previous Block signature
HOW IS VERIFIABILITY OF BLOCKCHAIN HAS BEEN ATTAINED?
It is similar to the WhatsApp concept. Like If anyone reports different fingerprint, we all will ask that one guy to replace the data entirely from his nearest friend as he is fully wrong. If, Similar any invalid sign is provided by a block all other blocks will be notified of the mistake.