Machine Learning is the field of study that gives computers the capability to learn without being explicitly programmed. ML is one of the most exciting technologies that one would have ever come across. As it is evident from the name, it gives the computer that makes it more similar to humans: The ability to learn. Machine learning is actively being used today, perhaps in many more places than one would expect.

How Does NASA Use Machine Learning?
Do you ever look at the night sky and wonder what is beyond the stars? Do you ever wonder if there is life somewhere else in the universe? Do you want to travel to some faraway galaxy and find out the secrets of the universe?!! Well, all these questions are ones that NASA tries to solve on a daily basis.

NASA is involved in all aspects of space ranging from studying Earth’s outer atmosphere to finding signs of life on other planets! And Machine Learning is a big part of this space discovery as it is a necessary tool in this data age. The amount of data generated by various NASA spacecraft and satellites is insane (As an example, consider that only the Sloan Digital Sky Survey will create more than 50 million images of galaxies in the future!) and hence Machine Learning is necessary to identify patterns in this data which will lead to exciting new discoveries in the future! And that’s not all! Machine Learning can also be used to monitor astronaut health in space, handle the spacecraft repairs intelligently, discover more planets in other galaxies and other fantastic things!!! In fact, when it comes to Space and Machine Learning, not even the sky’s the limit!!!

1. Self-Driving Rovers on Mars – The Spirit and Opportunity Rovers
Did you think that Tesla, Google, Uber, etc. were the first ones to heavily invest in self-driving cars? Well, think again!!! In fact, NASA had created the technology for autonomous driving for Mars Rovers almost a decade ago. A Machine Learning based navigation and driving system for self-driving Mars rovers known as AutoNav was actually used in the Spirit and Opportunity rovers which landed on Mars as early as 2004. Another rover launched in 2011, Curiosity also uses Autonav and it is a rover that is still exploring Mars till date with the mission of finding water and other factors that might make Mars suitable for human exploration in the future!

Now you would think that driving on Mars is comparatively easier than driving on the congested roads of Earth. But it’s not so easy! While AutoNav does not have to worry about the rover hitting other vehicles or humans (There is no life found on Mars yet!), the surface of Mars is very rocky so the navigation system has to make sure that the rover does not hit rocks or slippery sand dunes that would trap it permanently. 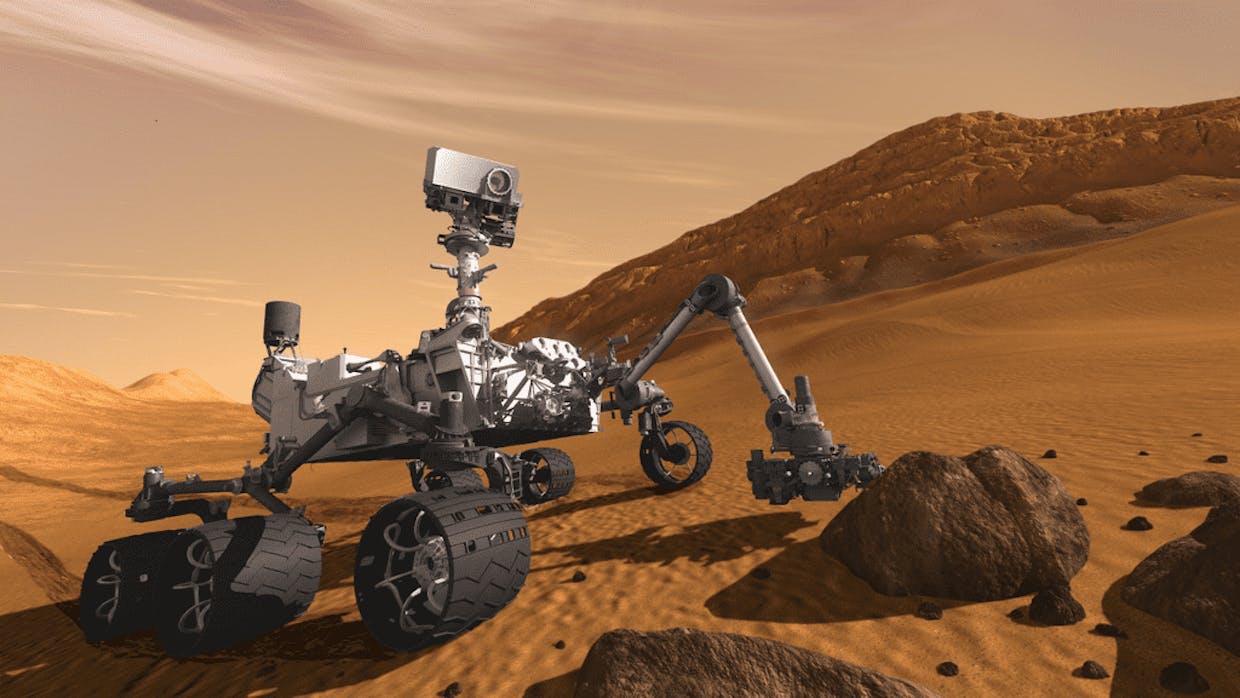